I'm trying to do something - anything - in my art diary everyday. Sometimes it's just very little but I keep adding and adding until I feel like the spread is finished. Here are two examples of early stages. In both of these spreads I just glued in paper as a first step. Wrapping paper left overs from the holidays. You see, I like recycling 😉
Then the second thing I did was draw my original character. I felt inspired to draw her in a realistic style. In this photo she has some fixes in the face because black from the other page bled through. I didn't expect it would! Fortunately I uploaded the clean version previously to Instagram, so feel free to check it out.
In the second spread I painted randomly black on some... wax and stuff. I messed up the paper in some spots when trying to scratch it off again so I glued another layer of paper which is slightly transparent. The rest? No idea! 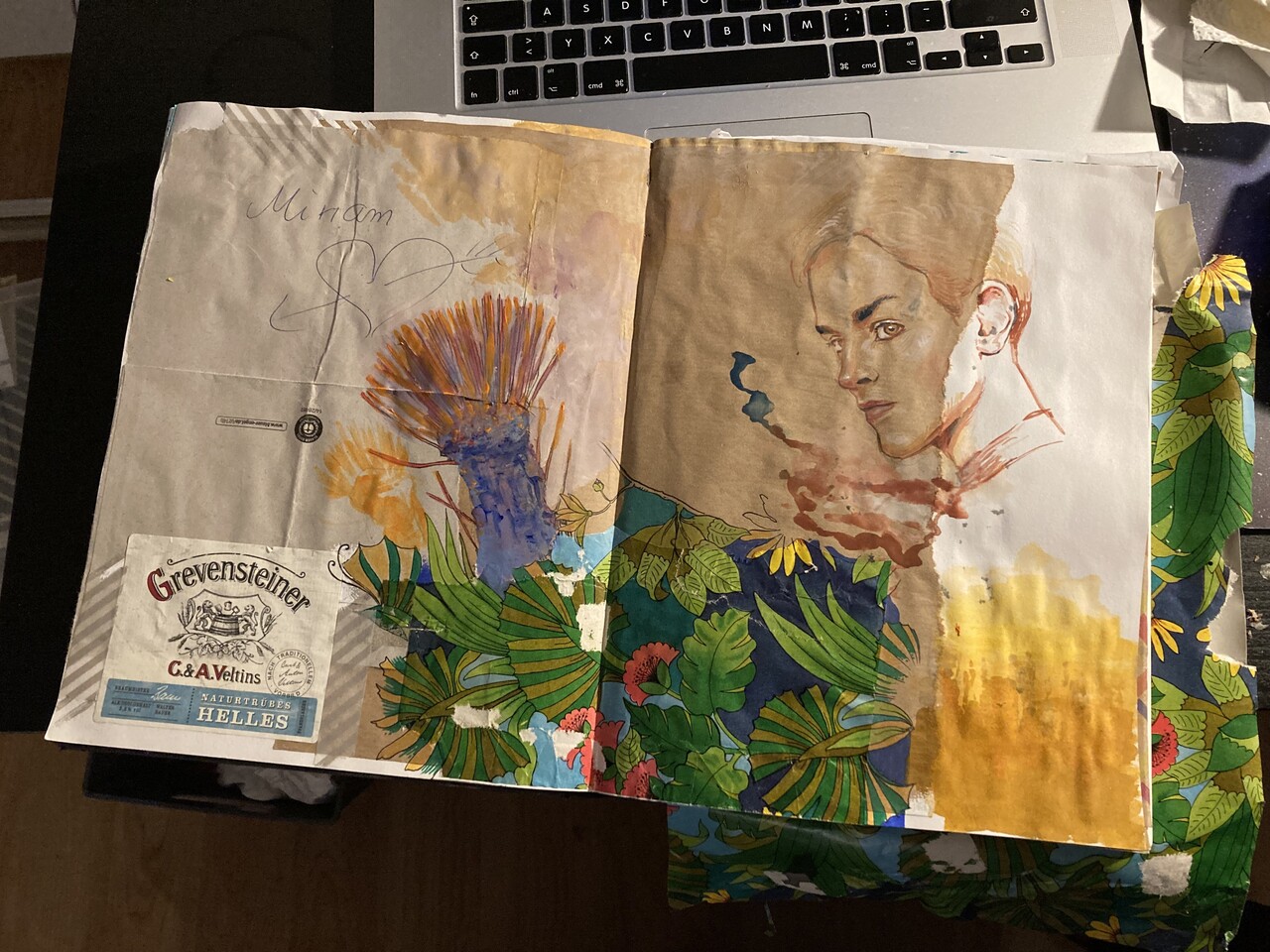 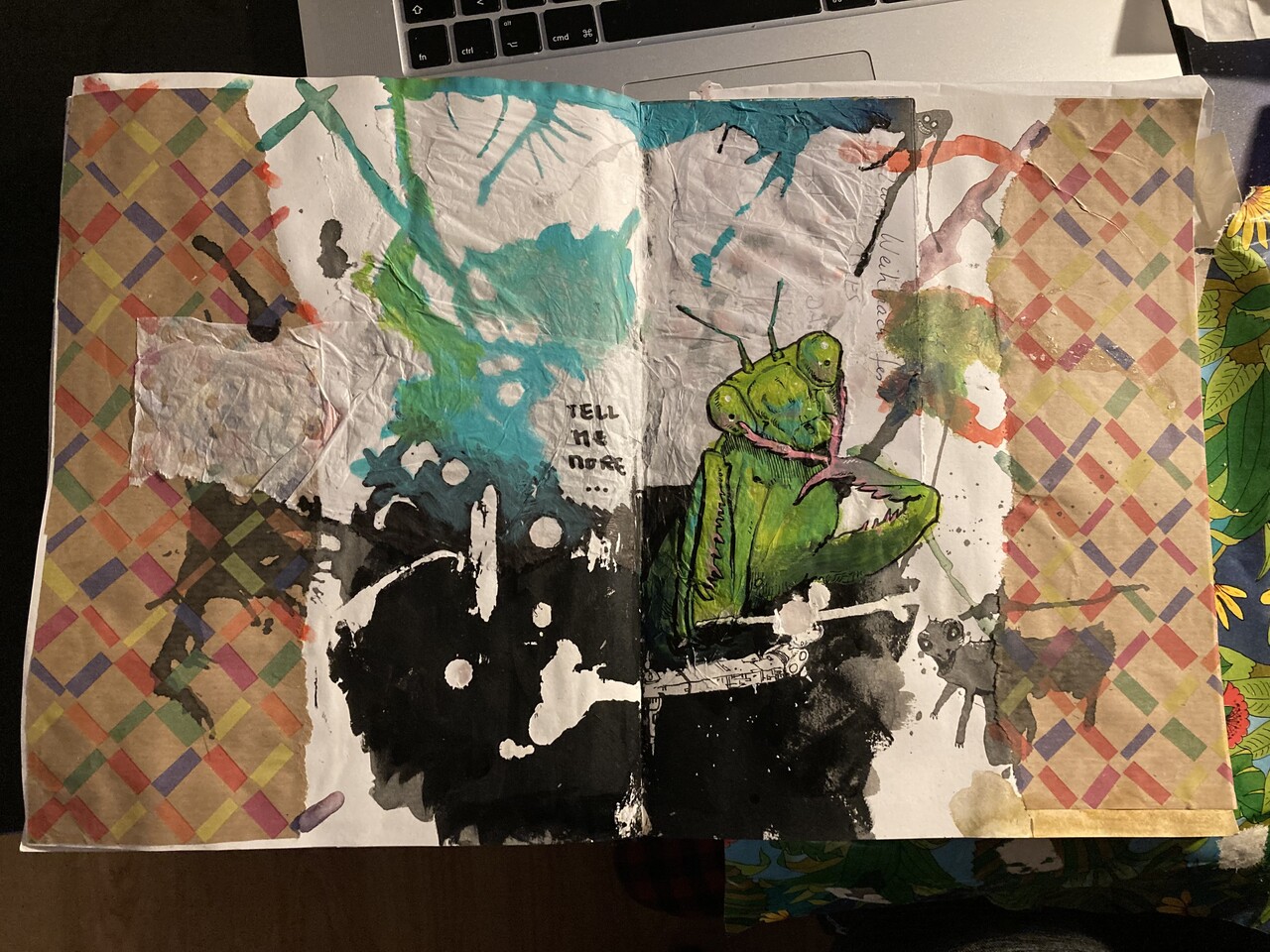