Stuff from the comic storyboard

as I announced in the last blog entry I have some turnips for you today.
I'm currently working on a storyboard for a comic, which is part of a series. The story is written by Michael Mikolajczak and there are three other artists working on it, every artist has their own chapter. Mine is Halloween themed which I am really happy about!
So, while I was reading the script and working on the storyboard a turnip with a light inside was mentioned, used instead of the typical pumpkin. It wasn't much described though so I came up with a few ideas and turned it into a lantern. I had quite some fun with it! Maybe I'll draw more of those and I sure want a colored and more finished looking version of it too. Once there is a chosen one I suppose. 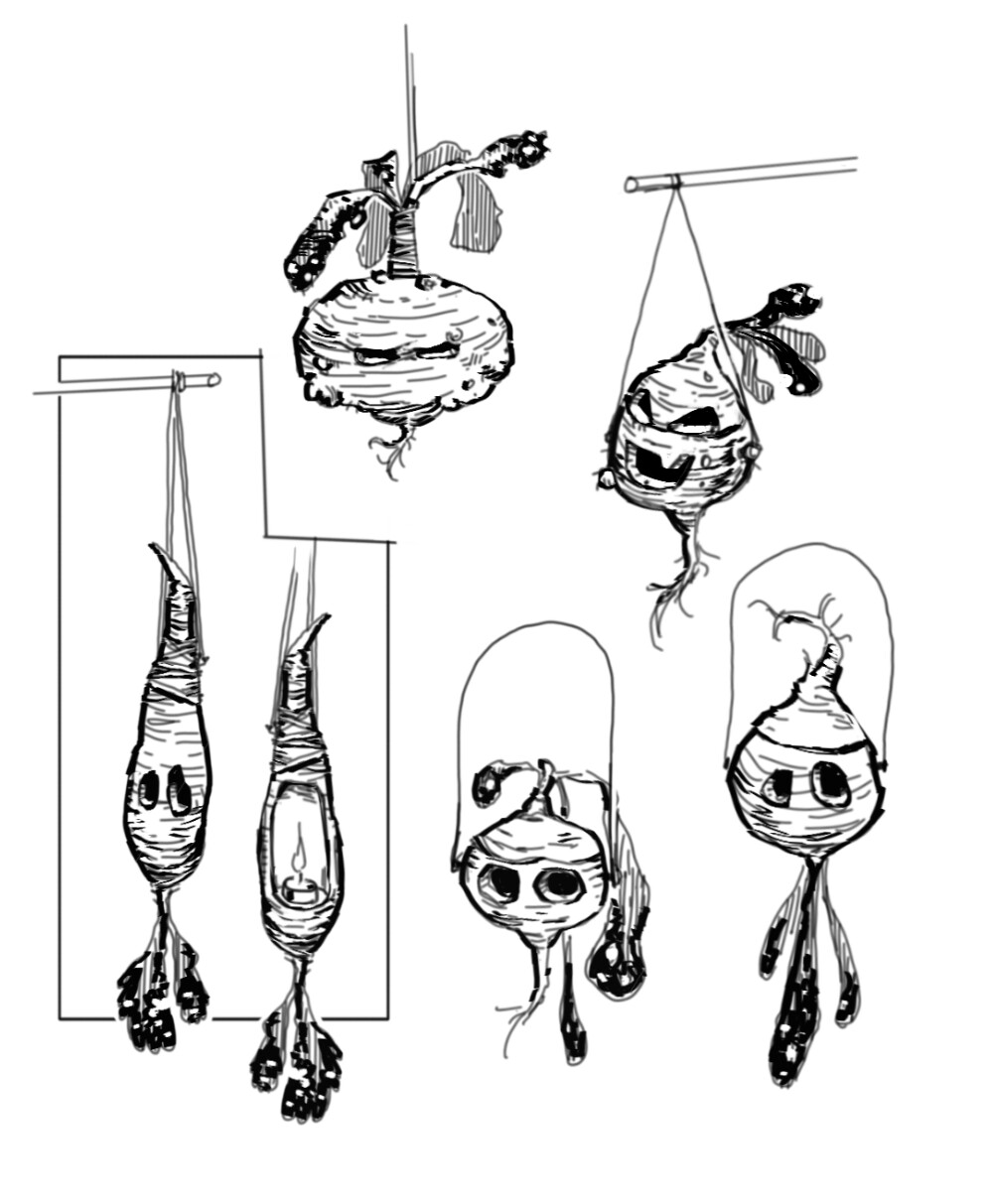 Unfortunately I can not reveal too much about this project and show the storyboard or anything at this point. I do take some of my panels out to post them on Instagram though. So since these are already public I might as well share them here too. I gotta say that I got pretty used to draw storyboards which only I am going to see (and it shows). In this case I thought that same approach wouldn't be the best idea if I want anyone but me to understand what's going on. So I put more effort. Below you see panels of my cleanest storyboard so far... 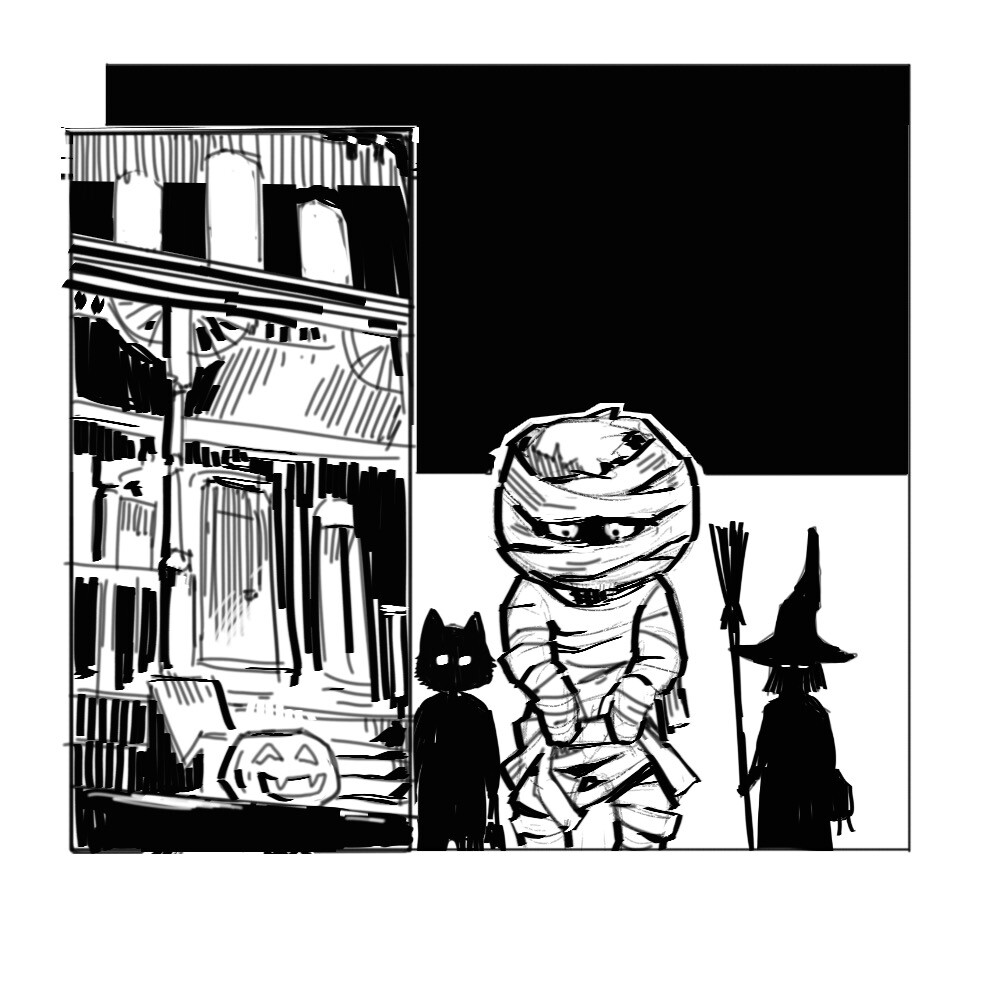 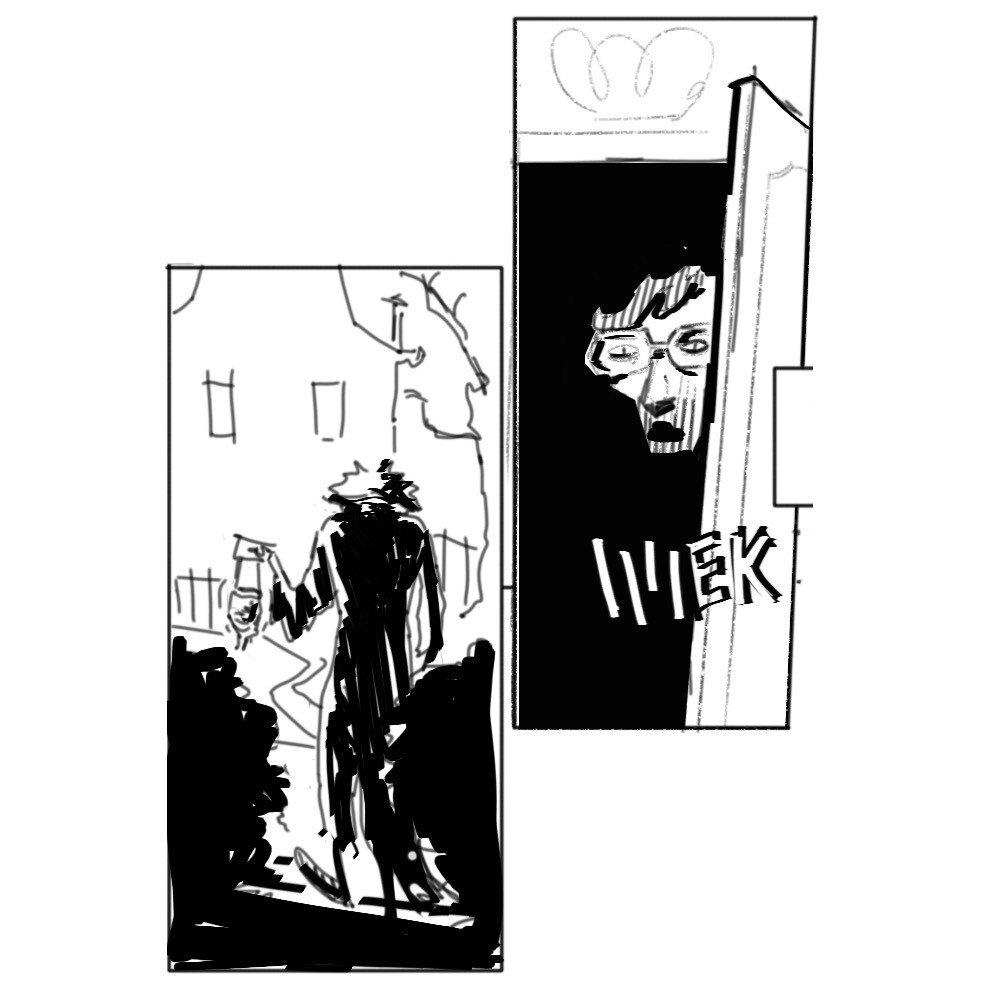 I have fun with the creepy theme and lookig forward to make it look especially moody! 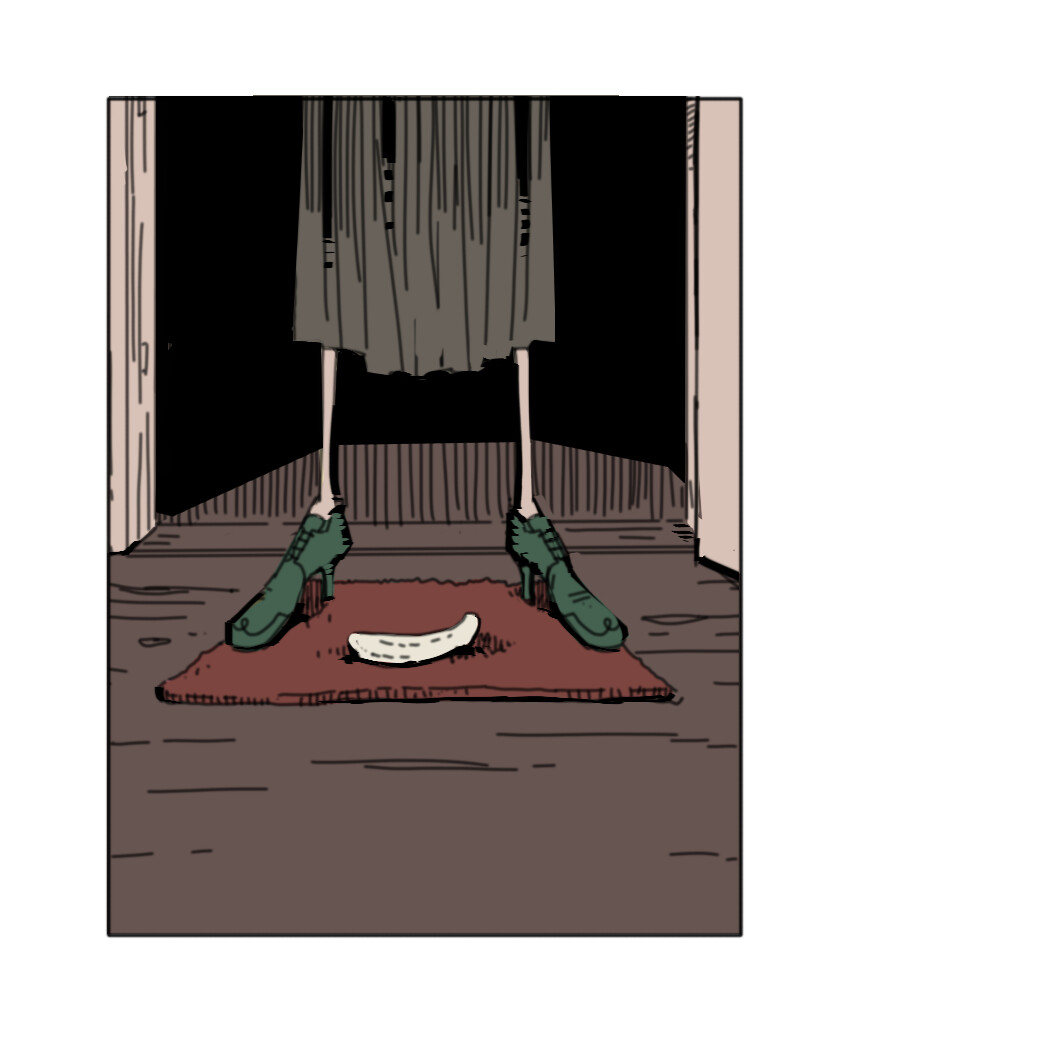 Mysteriously there's a peel-less banana at the front door. Who does that?