Personal Project #2 - Sketches Of Characters And Their Outfits

This week I mostly dedicated work to my personal project and kept going with the concept design sketches I started with on Monday.
These outfits are for a military faction in a fictional world which I would put in the SciFi genre but it also has some fantasy elements (like trolls and witches) and I don't intend to make it high SciFi but instead - at least on the visual side - more down to earth.
So I gathered some favourites and made three versions of each. None of them is final anyway, but I'd like to go on with one of these sets.

The idea is that there are three base outfits that can be tweaked with armor and geared up or personalized to a degree. There's gotta be a two-part outfit with pants and jacket, a one-piece (overall) and another two piece consisting of pants and coat.
After I decided for a direction (set one to five) I'll continue playing around with that set. Maybe adjusting some details, changing some parts and eventually try out some colors.

Feedback is very welcome, I'd like to hear some opinions on this before I keep going. I posted a poll to my Twitter account as well. I do like to consider other people's thoughts and I think it's really cool to have them have influence on the outcome.
I used to do something like that a long time ago with a web comic, where my readers had actual influence on how the story went on by leaving me comments. I'd like to do that again when I reached the point of turning this into a comic series! 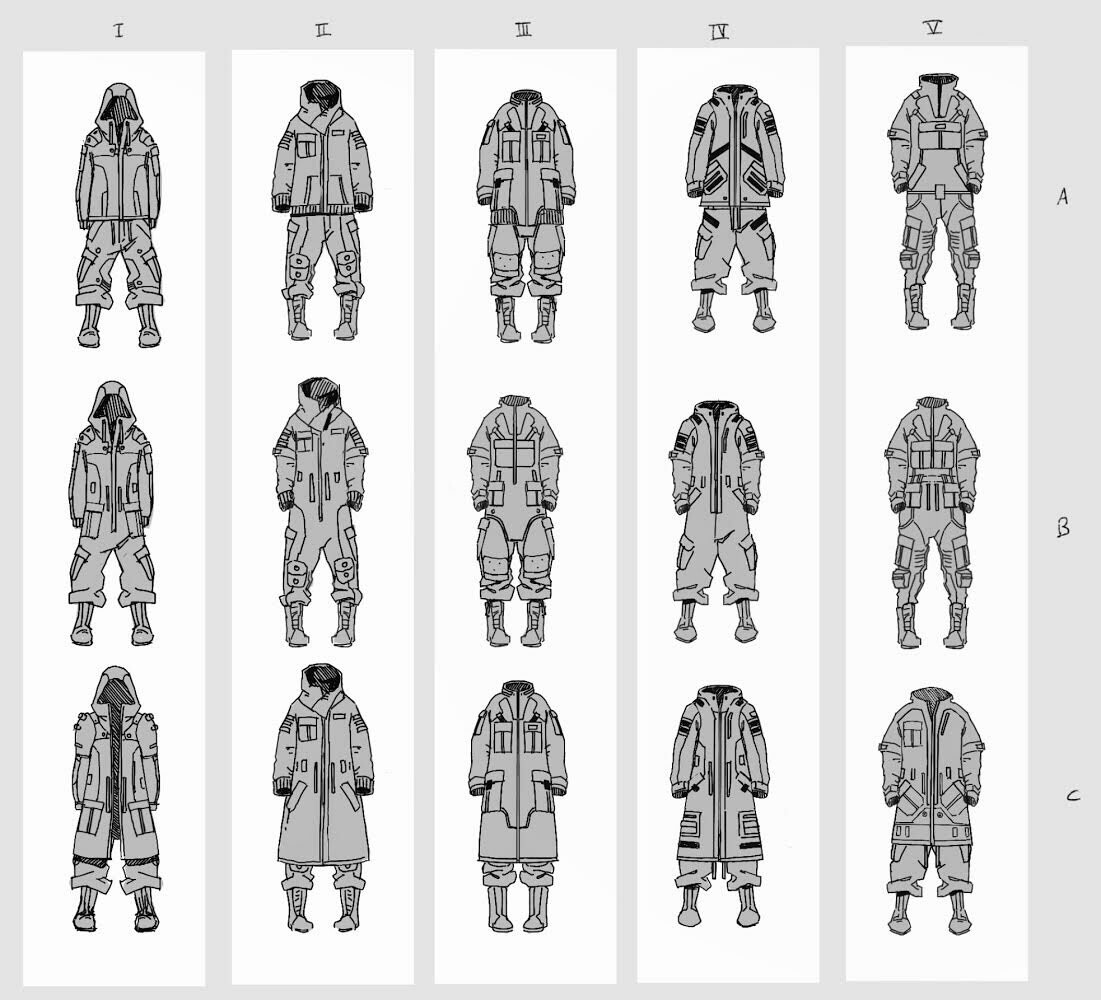