...is what I am trying to do now. I used to do so many sketches when ever I could, carrying a sketchbook around where ever I went. When and why did that stop? I want that back. So I am trying to do at least one drawing per day that is not work related. Personal project allowed though.
I just started yesterday with that but to fill up this blog post a little more I'm also gonna put in something I did short before I took that decision.

These two (well... three actually) are from the beginning of this month. I referenced from an ugly place I took pictures at because I fancied the industrial and/or kind of dirty look. 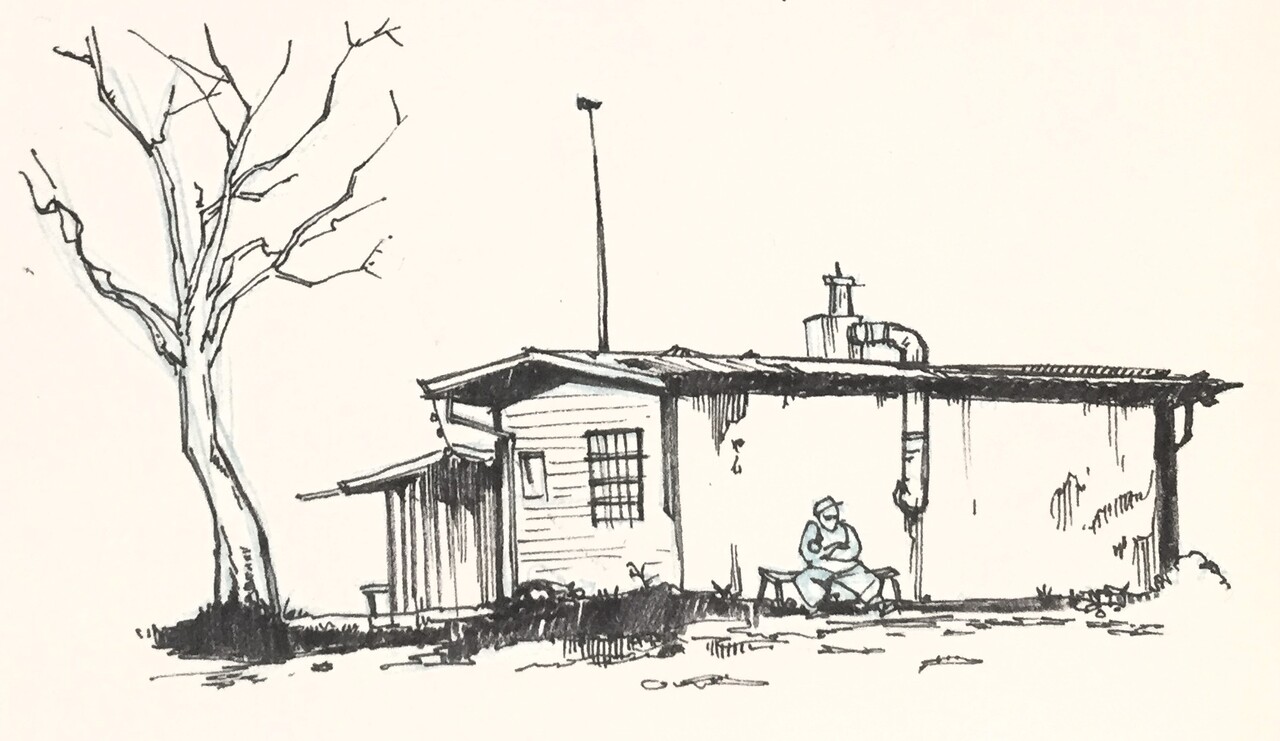 Then on Wednesday I decided to make a sketch a day. I put it as a task into my journal every morning and set a reminder on the phone. That should help! Started on Thursday (yesterday).

First one is Peter Pan from Once Upon A Time, which I am watching right now. I don't particularly love the series nor is Peter my favourite character. But his face is interesting to me. I might borrow some of his features for some character design in the future, even if by then it might not even be consciously anymore.

For this one I used a callipgraphy pen for the blacks (which is running out of ink as you may have noticed) and Tombow brushpens for the ochre, light grey and ligh pink. For the linework I used the same pen as in the other sketches. Which is also from Tombow, but thin.

This one (below) is from the movie A Little Chaos with Alan Rickman and also directed by him. He is my favourite actor but I didn't know that movie. Him as the king with that funny wig and his all so often very unimpressed face is what I couldn't resist to draw. Also for this one the thin Tombow brushpen and since the fat calligraphy pen is dying I used a black watercolor pencil (and water obvioulsy) this time. I might do that again, I actually enjoyed the possibilities it gave me to blend a bit more. 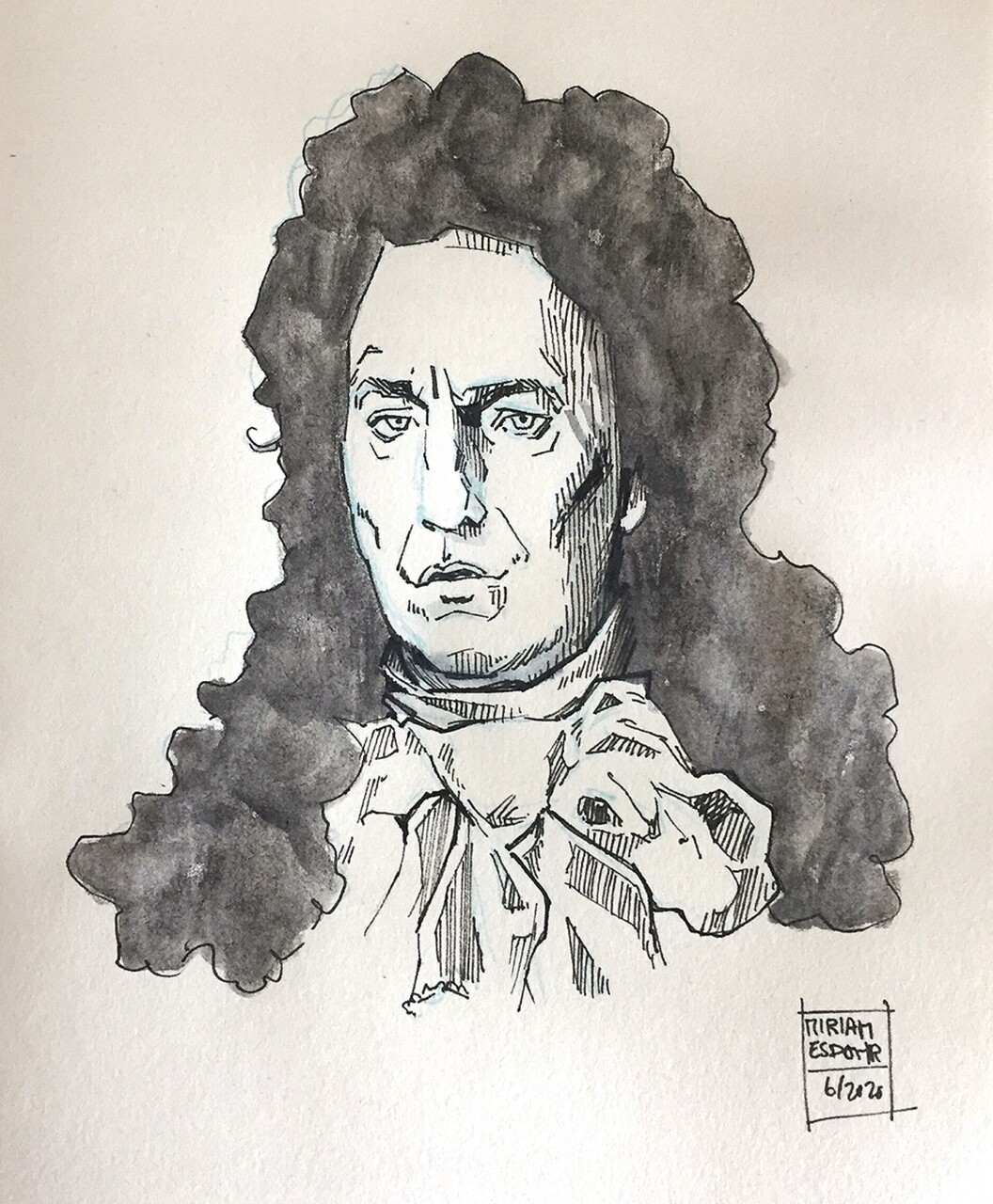 The sketchbook I am using is a present from my girlfriend, I am trying to be careful as the pages start losening a bit. The paper is not that thick but it took the little bit of water(color) well, so I think it's fine to do more with it.
This sketchbook is not even filled to the half. I'm always trying to draw on the back of the pages too if the pens don't bleed into the paper too much.

But when this one is full there is a bigger one waiting for me, also a present from her. I think she wants me drawing and so do I...